We hear about the good work that large nonprofits do. But it is less common that the stories of the foot-soldiers and smaller nonprofit organizations make it into public awareness.

Here is one of those stories; when one-on-one human connections were made. A mother needed help, someone listened, reached out to another – across borders. Requests were sent, generous people responded, and a life of a child was saved as a result.

I am feeling so grateful right now. A few months ago a woman wrote to me from Africa. She had heard my radio show* and she wrote asking me for help. As a single mother in Africa, she had no way to pay for open-heart surgery for her son and the pediatric cardiologist said he would die without surgery soon.

I reached out to the two gentlemen I knew helping children in Africa and after many, many emails, many many prayers and much effort on the part of untold number of angels Elvis had his open-heart surgery TODAY! He’s recovering in the ICU and tomorrow I get to meet him and his mother! Such an amazing blessing! Please pray for Elvis and his mother Esther. They’ve been through so much, they are so very far away and they still have a long path to travel upon but I truly believe angels are watching over them.

Thank you to Ann Logan-Lubben, her husband Jack Lubben, Laura Schleicher, Laura Redfern, Frank Jaworski and all of the supporters of Hearts Unite the Globe. Because of the work we are doing with the radio show, we really are helping others.

I especially want to thank HeartGift, the nonprofit organization that flew Esther and Elvis here and have provided life-saving surgery at no cost to this family. I really need to recognize two angel dads who were so helpful in trying to get Elvis where he needed to be — thank you so much Peter Mbogo Kamau of the Take Heart Association Project and Fareed Matthews of Brave Little Hearts SA — both of these wonderful gentlemen continued correspondence with so many people in an effort to help little Elvis. Truly, this was a labor of love for so many people. I am very touched with how people came together to provide a miracle for Elvis. 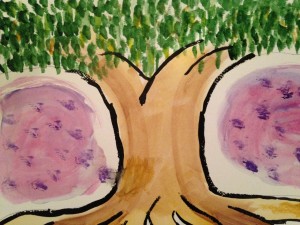